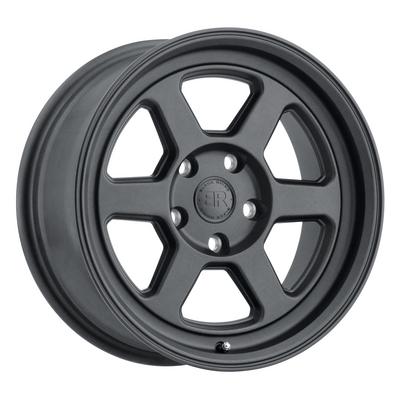 The Black Rhino Rumble is a minimal six spoke wheel design following up on the popularity of the Black Rhino Boxer from 2018. The wheel has been designed by enthusiasts and made for enthusiasts of the Ford and Subaru off road rally racing genre. For the offroad overland Subaru vehicles such Crosstrek XV, Legacy, Impreza, Forester, Outback, and WRX, the wheel is offered in 15x7 and 16x7 sizes. An additional 17x8 size is also available for vehicles such as, but not limited to BRZ, Fiesta ST, Focus ST, FRS, STI, and WRX. For the first time, Black Rhino is introducing a new Olive Drab Green finish to complement three additional standard finishes: Gloss Gold, Olive Drab Green, Gunblack, and Bronze. Wheel Size: 16x7;Bolt Pattern: 5x100;Backspace: 4.6;Offset: 15;Max Load: 1375;Hub Bore: 56.1;Finish: Gun Black; California Residents: WARNING

OTTAWA, Ont. - A legislation that will regulate immigration and citizenship consultants is now in force, the federal government announced Thursday. The College of Immigration and Citizenship Consultants Act will provide a statutory framework to regulate the consultants, it said. The college, aimed at protecting newcomers and applicants to Canada from unscrupulous and fraudulent consultants, […]...
>Read More

TORONTO, Ont. - Rand McNallys DriverConnect ELD platform is not working, following a cyber attack affecting the companys hosted and network systems. It is instructing affected fleets and drivers to use paper-based logbooks until the systems can be restored. A timeline to restore services is not yet available. The news emerged in a notice distributed […]...
>Read More

TORONTO, Ont. - Wendell Erb, president and CEO of Erb Transport, has been named chairman of the Ontario Trucking Association (OTA) and begins a two-year term at the helm. Erb, who succeeds One for Freights David Carruth in the role, has served for several years on the associations board of directors. In 2011, he took […]...
>Read More

The importance of a strong finishing program

TORONTO, Ont. - Carriers that hire entry-level drivers need to provide additional training, document it, and continue monitoring their performance after putting them on the road. Companies that dont employ a strong finishing program, or cant prove it, can find themselves without insurance or worse, causing a crash and fending off nuclear verdicts. The Truck […]...
>Read More

SAINT-LAURENT, Que. - Andy Transport is relocating its head office from Salaberry-de-Valleyfield to Saint-Zotique, Que., answering needs associated with a growing business. When we purchased and moved into the Salaberry-de-Valleyfield terminal in 2011, Highway 30 did not yet exist, and Andy had merely a fleet of 50 trucks. As the company grew rapidly and the […]...
>Read More

Operational costs of trucking fell in 2019

ARLINGTON, Va. - There was a significant decrease in the operational costs of trucking last year, the American Transportation Research Institute (ATRI) said Tuesday. The average marginal cost per mile incurred by motor carriers in 2019 decreased 9.3% to US$1.65, ATRI said in its 2020 update to An Analysis of the Operational Costs of Trucking. […]...
>Read More